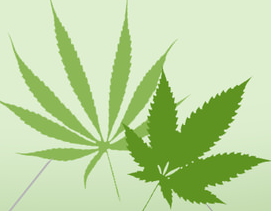 The duopoly may be soaking up all the growth in digital advertising, but not the ad dollars of one growing category: weed marketers.

That’s because Facebook and Google won’t accept marijuana ads. A Google spokesperson said the company doesn’t allow marijuana ads on either the display or search side because the product is illegal on the federal level, while Facebook’s ad policy prohibits sales promotions on cannabis. ​That’s opened the door to smaller programmatic ad marketplaces, in particular, to grow their cannabis business. Six agency and programmatic executives report that their weed business is expanding, thanks in part to less competition. (Holding company agencies also swear off marijuana accounts.)

“Cannabis advertising really started picking up in programmatic buying over the past year because more and more people are getting into the business, and legit marijuana brands are also growing bigger,” said Jeffrey Finch, co-founder and chief product officer for Denver-headquartered demand-side platform Choozle. “They realized that they need more advertising.”