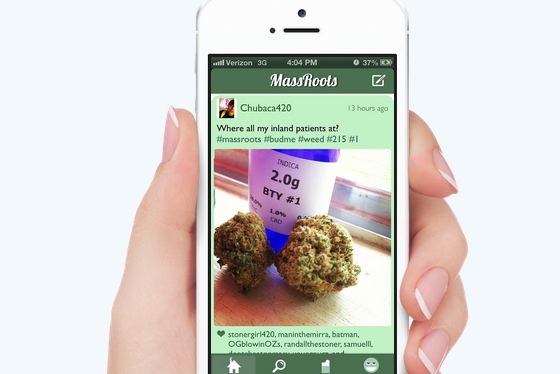 Apple has lightened up on restrictions that once banned cannabis-focused social networking apps from its App Store.

The tech giant reversed course Thursday night by making MassRoots, a social network for cannabis lovers, available on the iOS App Store a little over three months after banning the site’s app. MassRoots first became available through the App Store in 2013, but Apple decided to pull the app last month due to conflicts with company guidelines banning “apps that encourage excessive consumption of alcohol or illegal substances.”

Click here to read the entire article on Fortune.