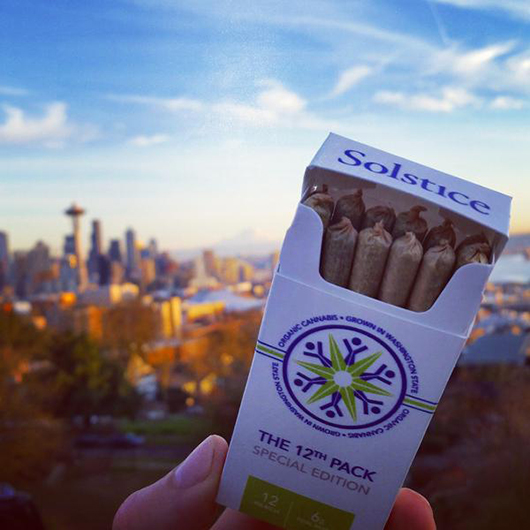 As a sign of support for the Seattle Seahawks as they face the New England Patriots in Super Bowl XLIX on Sunday, a dedicated Seattle medical marijuana dispensary is rolling 12,000 joints in honor of the team—and the 12th man.

According to NBC Bay Area, Solstice has doubled its output, rolling about 180 to 220 joints per day —the “12th Pack” joints—to meet the number.