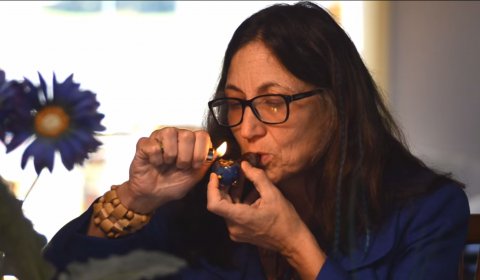 Armstrong, who said she smokes cannabis every day, uses it for medicinal purposes, and also argues that it helps her focus and communicate with people around her. In the video, she takes a hit off a pipe after insisting that pot users “shouldn’t be ostracized or marginalized.”

Her single-issue campaign in Rhode Island is a long shot: Armstrong is up against a crowded field of candidates and her name won’t appear on the ballot, but efforts like hers to “remove the stigma” about marijuana use could last long beyond November 4.