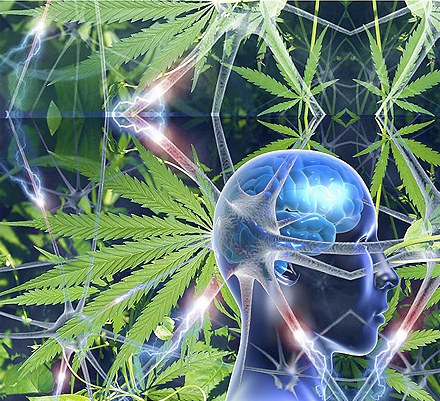 According to a new study, medical and recreational cannabis users are less likely to die from brain trauma than those who don’t use cannabis. The new study builds on the evidence showing that the main active ingredient in cannabis, THC, has a neuro-protective effect on the brain.

For this new study, researchers reviewed 446 adults treated at Harbor-UCLA Medical Center in Torrance, California for traumatic brain injuries. All were tested for THC. One in five tested positive for the cannabinoid. One in ten died after their injury, but only 2.4 percent of THC-positive patients died, versus 11.5 percent of THC-negative ones:

“People who tested positive for THC were about 80 percent less likely to die, compared to people with negative THC tests, researchers found after they adjusted the numbers to account for age, gender, injury severity and type,” Reuters reports.

THC prevents brain damage by protecting neurons from oxidative stress as well as damage from inflammation. The THC test did not distinguish between regular and occasional users.