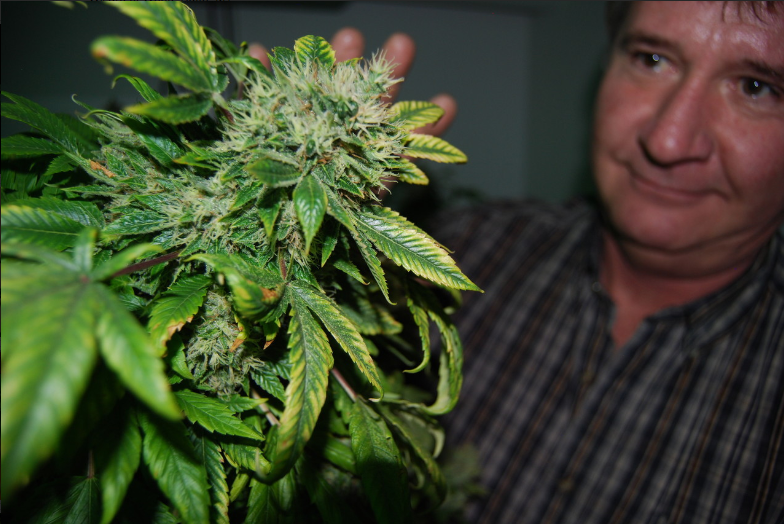 At least 14 shops in Butte, Montana are licensed to openly sell medicinal marijuana under names like Montana Buds, Mining City Medical, and Blunts, despite a 2011 law banning commercial dispensaries anywhere in Montana.

While the courts grapple with a lawsuit challenging some of the 2011 law’s most restrictive provisions, the marijuana business is budding in Butte. The Mining City remains one of the only towns in Montana where dispensaries sell pot legitimately in the open, alongside major retailers where folks pick up groceries, gasoline and fast food.

The customers are plentiful. Per capita, southwest Montana has more cardholders enrolled in Montana’s medical marijuana program than any other part of the state.

State legislation, prosecution, local ordinances and a decrease in patients have largely sent the distribution of legal marijuana behind the scenes. But a hands-off approach from local law enforcement — coupled with a growing public acceptance of the drug — is helping keep the Butte shops in business.