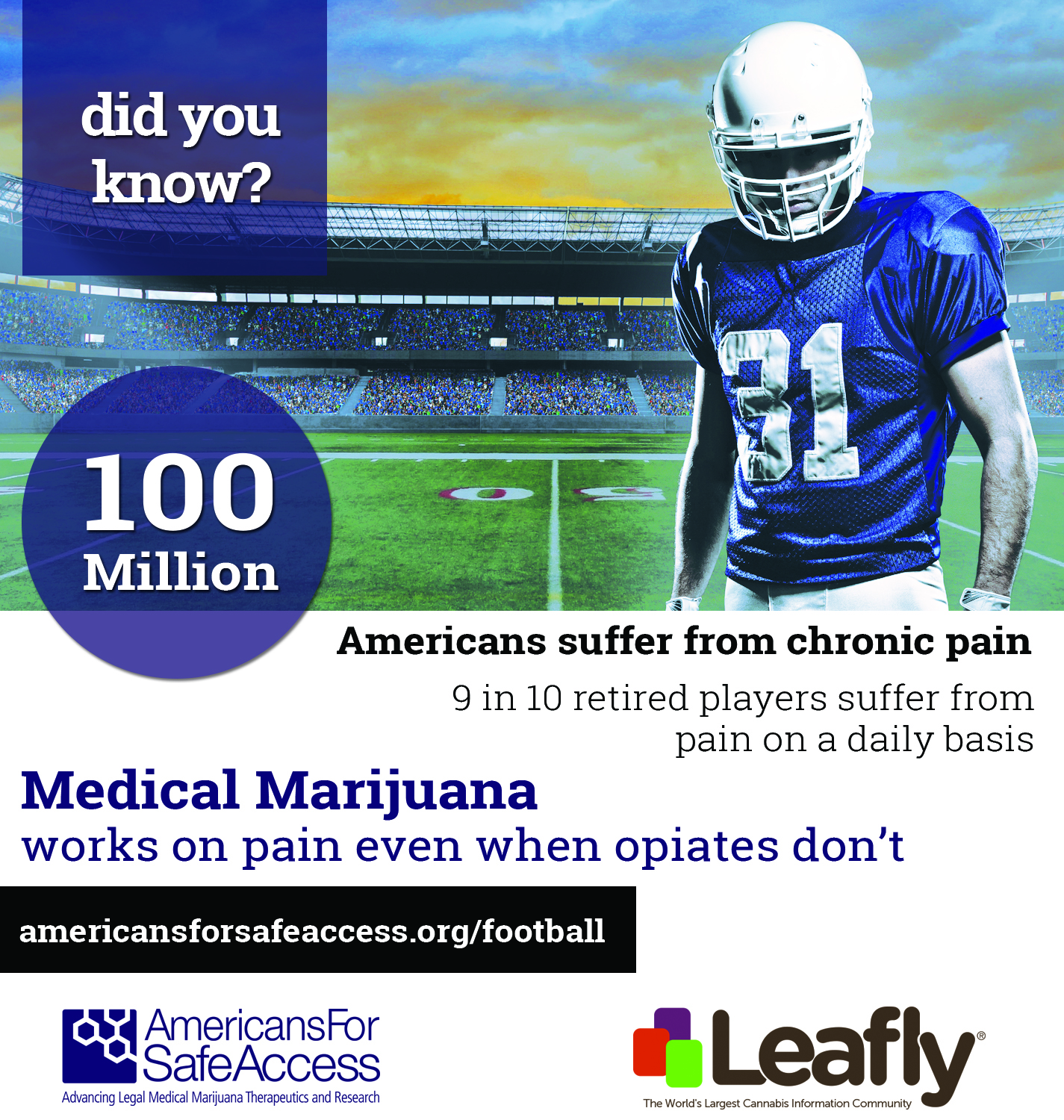 It’s been a big week for cannabis advertising.

First, Leafly went mainstream with a full page ad promoting their app, and then news broke about cannabis billboards and aerial banners in Seattle.

But Leafly is making news again as it teamed ip with Americans for Safe Access to educated the public about the therapeutic effects of cannabis for chronic pain.

Featured in USA Today’s NFL Special Edition, which will be read by football fans across the country, the quarter-page ads will run for 30 days, followed by digital online ads and will focus on the markets for the Atlanta Falcons, Chicago Bears, Dallas Cowboys, Denver Broncos, Green Bay Packers, Miami Dolphins, New England Patriots, New York Giants, and Philadelphia Eagles.

The USA Today advertisement depicts a football player with the captions “100 million Americans suffer from chronic pain,” and “9 in 10 retired players suffer from pain on a daily basis.” The ad then points readers to further information on the therapeutic effects of medical marijuana on chronic pain. “Medical marijuana works on pain even when opiates don’t,” reads the ad before directing readers to the Americans For Safe Access website.