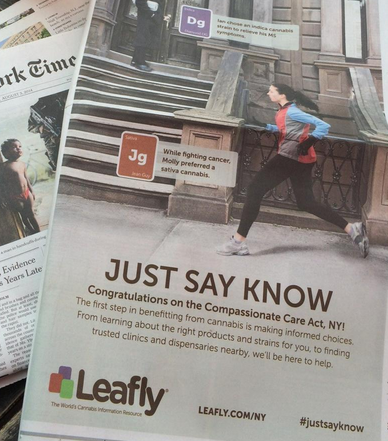 Leafly, also know as, the “Yelp” for medical marijuana ran a full-page ad in the New York Times just a week after the magazine’s editorial board endorsed the repeal of federal law banning marijuana use with the article “Repeal Prohibition, Again”

The ad promotes Leafly’s app which connects patients to the right strains and matching dispensaries in states with effective recreational or medical cannabis laws.   Leafly shared the news with their twitter followers over the weekend: 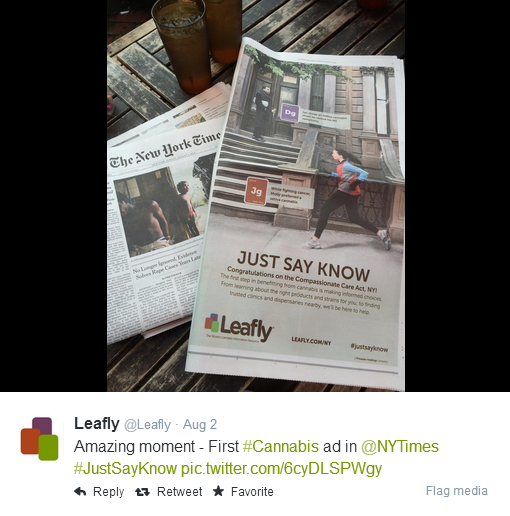 This is an incredible step forward, but it is still only one advertisement. It is unsure whether or not this Leafly campaign will continue. Here’s to hoping it does, and that more companies push for the same.

After all, New York City has a population of over 8 million people, and once they get the ball rolling on the medical marijuana law that passed last month they are going to have a lot of legal cannabis patients to satisfy.