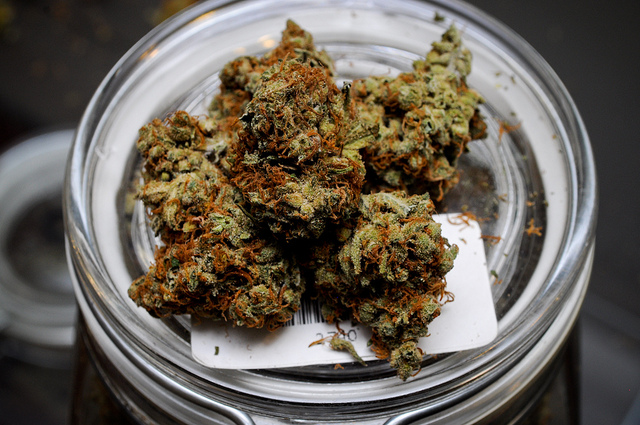 Washington state’s new recreational marijuana shops will open next week for the first time to legally sell marijuana to adults. But there’s a problem: They’re low on weed.

“Supply is going to be tight as this market launches,” said Brian Smith, communications director for the state Liquor Control Board –the agency charged with regulating the nascent retail marijuana market.

The  first retail marijuana business licenses will be issued to about 20 outlets at the start of the week, Smith said. That gives the new pot shops about 24 hours to enter their cannabis inventory into the state’s seed-to-sale marijuana tracking system so they can open for business on Tuesday.

“We’ve been looking at population and geography on where retail shops’ locations,” Smith told The Huffington Post. “We’ve moved maybe 30 forward, but not all of them are going to be ready come next week. We’d like to open several in Seattle, considering it’s the big city, but it’s going to be difficult come Tuesday.”

Seattle’s Cannabis City, which may be the only marijuana shop in the city opening on Tuesday, will have about 10 pounds of pot, owner James Lathrop said. “We”ll be selling in the $15 to $20 range per gram,” Lathrop told HuffPost. “We expect to sell out that day.”

Top Shelf Cannabis, in Bellingham — in the northwest corner of the state about 90 miles from Seattle — has secured about 18 pounds of marijuana for its opening day on Tuesday.

“There’s a supply and demand issue right now and people can charge whatever they want, but if you charge too much we’re going to ruin this industry,” John Evich, an investor in Top Shelf, told HuffPost. “We’re planning on selling our product for about $12 to $25 per gram.”