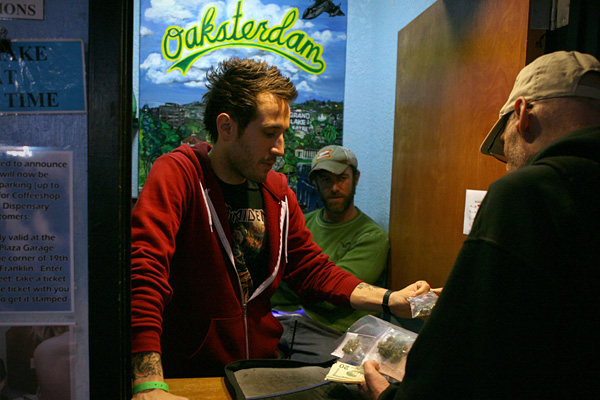 Some Colorado Welfare Recipients Use Cash Benefits At Pot Shops

According to data compiled by the National Review, welfare recipients have used electronic benefit (EBT) cards to withdraw cash at dispensaries at least 259 times since the sale of limited amounts of cannabis to adults 21 and up began in Colorado on January 1.

In total, more than $23,600 of money meant to go toward food and housing from the Temporary Assistance for Needy Families program was withdrawn. And while there’s no way to prove the money was spent in dispensaries for weed, given that some of the marijuana establishments also sell groceries,  lawmakers are still demanding that something be done.

As the National Review points out, 259 withdrawals is just a tiny fraction of the more than 500,000 that have been made at dispensaries around the state since January 1. But it’s large enough that some lawmakers are considering new legislative remedies. In addition, the Colorado State Board of Human Services, which oversees the benefits program, issued an emergency ruling on July 11 that bars the cards from being used at ATMs in bars, pot shops, liquor stores and casinos — and also allows Human Services to better track transactions. Using the funds at such businesses is already illegal.

“For the first time in Colorado, the rule will allow us to deactivate an EBT card if we identify misuse,” said Todd Jorgensen, director of the office of public safety for the Colorado Department of Human Services, in announcing the change. “The department takes the appropriate use of TANF funds very seriously.”