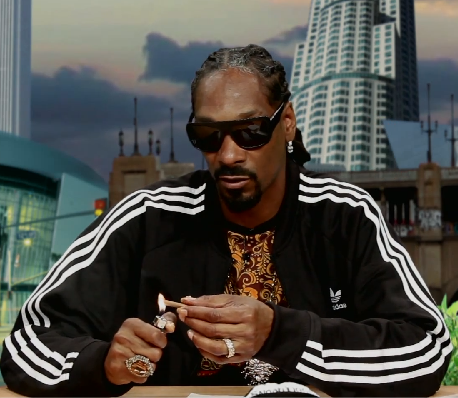 Snoop claims he tricked security into thinking he was going to the toilet and he even managed to persuade them to let him light a napkin.

He explained to the guards after he told them he needed to use the restroom, “Look, when I do the No. 2, I  usually, you know, have a cigarette or I light something to get the aroma right.” They said, “You know what? You can light a piece of  napkin.” Snoop said, “I’ll do that.”

Snoop then added, “and the napkin was this,” as he took a hit from his blunt.