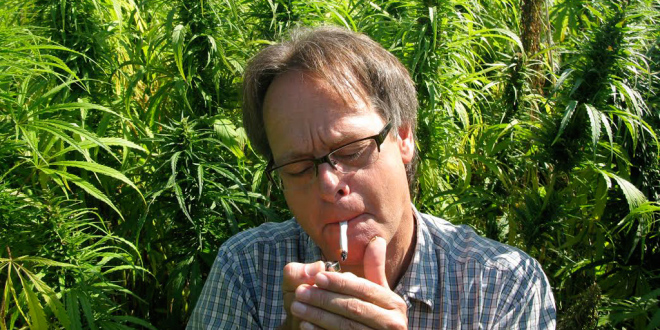 “Prince Of Pot”, Marc Emery, To Be Released From Prison This Wednesday

The “Prince of Pot” Marc Emery will be released from a United States prison this Wednesday after serving a five-year sentence for selling marijuana seeds to customers south of the border.

His wife Jodie – who is gearing up to run for the Liberal party in a federal election in the Vancouver-East riding – says it only dawned on her this weekend that her husband was coming home.

She said, ”He knows that in his absence, Canada has gone backwards with respect to marijuana policy and civil liberties, everything under Harper’s government. So he’s excited to get back to Canada and start fixing all the problems that have been popping up since he’s been gone.”

The Emerys will be embarking on a 30-stop cross-country tour following Marc’s release to prepare for the 2015 federal election to continue their advocacy for marijuana.

Marc Emery’s first order of business upon arriving back in Canada is to pledge his support for Liberal leader Justin Trudeau during his federal election campaign for 2015.