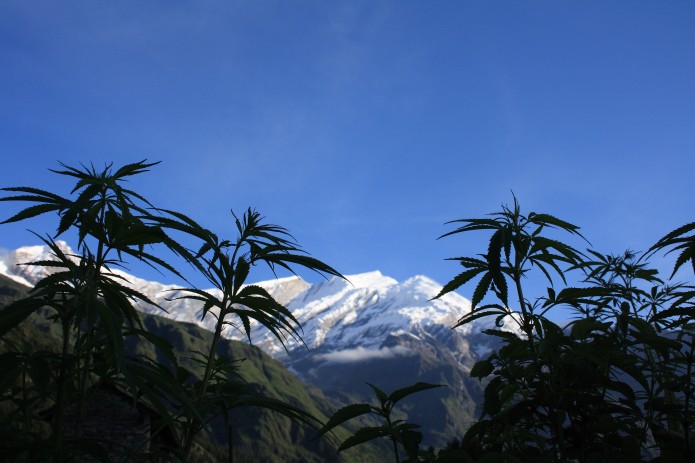 After 20 months in the making, legal marijuana sales begin today in Washington, making it only the second state where it is legal to buy pot without a doctor’s note.

Lines started forming quickly in front of the few stores that got last-minute approval to sell.

At Cannabis City, where the owner isn’t planning to open his doors until noon today, a 65-year-old retiree named Deb Greene, showed up just before 3 p.m. Monday. She had a chair, sleeping bag, food, water and a 930-page book. “I voted for it, and I’m just so excited to see it come to be in my lifetime,” she said.  “I’m not a heavy user, I’m just proud of our state for giving this a try.”

Businesses including Cannabis City, which will be the first and, for now, only recreational marijuana shop in Seattle, got word early Monday morning from the state that they were licensed marijuana dealers.

Randy Simmons, the state Liquor Control Board’s project manager for legal marijuana, said the first two dozen stores were notified early to give them an extra few hours to get cannabis on their shelves before they are allowed to open their doors at 8 a.m. Tuesday. The store openings are expected to be accompanied by high prices, shortages and celebration.

As soon as the stores were notified Monday, they began working to place their orders with some of the state’s first licensed growers. As soon as the orders were received, via state-approved software for tracking the bar-coded pot, the growers could place the product in a required 24-hour “quarantine” before shipping it early Tuesday morning.

Pot prices are expected to reach $25 a gram or higher on the first day of sales. Although more than 2,600 people applied to become licensed growers, fewer than 100 have been approved, and only about a dozen were ready to harvest by early this month.