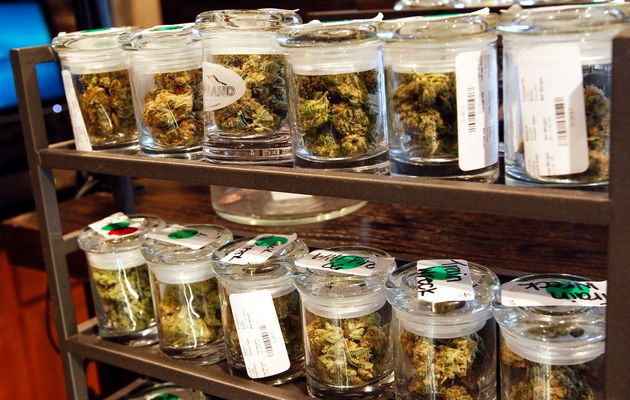 House Votes To Protect Banks That Work With Marijuana Businesses

In a historic vote, the U.S. House passed a bipartisan amendment  preventing the Treasury Department from spending any funding to penalize financial institutions that provide services to marijuana businesses that are legal under state law.

Unfortunately for the marijuana industry, the bill now containing the funding amendment is unlikely to become law. The White House has issued a veto threat against the bill for several reasons. Still it sends a message to federal agencies about what the House thinks is the best use of their resources.

Twenty-three states have laws that legalize and regulate marijuana for medicinal purposes.  Eleven states have laws on the books or about to be signed into law by their governors regulating CBD oils, a non-psychotropic component of medical marijuana which some parents are utilizing to treat their children’s seizures. Two states have legalized marijuana like alcohol – Colorado and Washington State. Alaska and Oregon voters will vote on legalizing marijuana in November.

D.C.’s decriminalization law that replaces criminal penalties for possession of small amounts of marijuana with a $25 civil fine went into effect, July 17, 2014, and in November the district will vote on Initiative 71, deciding whether adults over the age of 21 should be allowed to possess up to two ounces of marijuana and cultivate of up to six marijuana plants at home.

District law prevents the ballot initiative from addressing the sale of marijuana. However, the D.C. Council is currently considering a bill that will tax and regulate marijuana within the District.