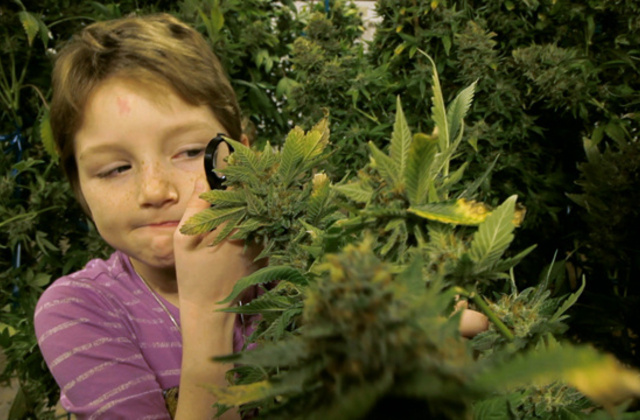 Some families in North Carolina are applauding state lawmakers after passing a groundbreaking bill yesterday . Governor Pat McCrory says he plans to sign into law a bill that allows for medical use of cannabidiol oil for the treatment of seizures disorders, particularly those that seem to afflict children. Cannabidiol oil is derived from a compound that is found in the marijuana plant.

One mom pleased with the outcome is Liz Gorman, originally of Raleigh. “I’m still a little bit in shock just because we’ve been working toward it for so long.”

Liz and her daughter Maddie moved from North Carolina to Colorado six months ago to get much-needed treatment for Maddie’s severe epilepsy. They’ve already seen a lot of success.

“It really restores my faith in government and the fact that these people really cared about our families and our stories,” said Gorman.

Once the bill becomes law, Liz says she’s hoping to bring her family back to North Carolina. “We’ve already spoken to Maddie’s neurologist at Duke and he has said that he is willing to treat her with this and we are looking forward to making that happen and hopefully soon.”

Preston Watson’s family is also keeping a close eye on the bill. For 12 years, the boy’s family has tried to find a cure for Preston’s daily seizures. This week, the Watsons are moving to Colorado for the promise of some immediate relief for Preston.

Preston’s mom tells me they’re still moving to Colorado because the hemp oil approved by state lawmakers in North Carolina isn’t strong enough to help her son. She says they’ll come back if the bill is widened to include more powerful hemp oil.

When Governor McCrory signs the bill into law, parts of it will go into effect immediately, the rest by October 1st.