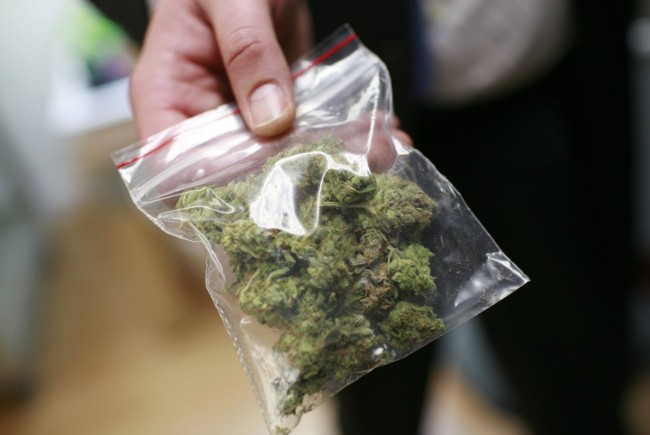 House Republicans on Wednesday blocked funding for a new D.C. law that would eliminate the threat of jail time for pot possession, leaving the fate of one of the country’s most liberal decriminalization efforts unclear. The D.C. law, which is to take effect next month, makes possession in the nation’s capital punishable by a fine of just $25.

A spokesman for Mayor Vincent C. Gray said the city would proceed with implementing the law even as its authority to mete out the smaller penalties beyond October remains up in the air.

Gray’s office also warned that as the House Republican amendment was drafted, the city needs to determine if the action could force the city to shut down its entire medical marijuana program, which started last year. Marijuana advocates, meanwhile, were pushing a theory that the House Republicans’ actions could leave the city with no enforceable marijuana law, effectively legalizing possession. The D.C. Attorney General’s Office said it was reviewing that possibility and other potential fallout from the House’s vote.

The effort to keep the District from loosening its marijuana laws was led by Rep. Andy Harris, Maryland’s only Republican in Congress, arguing that the D.C. law was “bad policy” assessing a fine of just $25 — a fraction of the $100 fine in Maryland, which escalates rapidly with repeat violations.

Harris’s amendment, or “rider” on a the multibillion-dollar spending bill, would preclude the District from spending any money “to enact or carry out any law, rule, or regulation to legalize or otherwise reduce penalties associated with the possession, use, or distribution of any” federal controlled substance.

“The D.C. voters elected people. They made the decision, and it seems to me that we ought to respect that,” added Rep. James P. Moran (D-Va.). “It just doesn’t seem right that the Eastern Shore of Maryland can reach over into D.C. and make laws for D.C. It’s not the way this country is supposed to function.”

Harris amendment, which is now part of a spending bill headed to the House floor, will not become law until the Senate approves a companion bill and compromise legislation passes both houses.

Even if the amendment survives a Senate conference, the decriminalization law converting marijuana possession from a misdemeanor into a $25 civil citation is likely to pass a congressional review period and take effect beforehand, sometime in mid to late July.

A band of marijuana advocates is also working toward a deadline next month to gather enough signatures to put a measure before voters in November to legalize possession, including home cultivation of the plant.