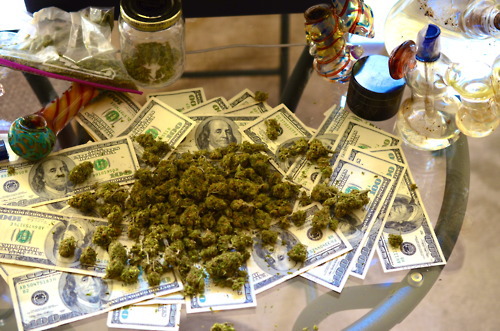 The bill signed by Governor John Hickenlooper permits the creation of so-called “cannabis co-ops” – similar to credit unions without deposit insurance – which will be governed by the state’s financial services commissioner.

Voters in Colorado and Washington state passed ballot measures in 2012 legalizing recreational marijuana use by adults.

The first recreational pot stores opened in Colorado in January, and Washington could follow suit as early as July. Both states are among the nearly two dozen and the District of Columbia which allow marijuana use for medical purposes.

But traditional banks have been unwilling to provide services to medical and recreational marijuana businesses because cannabis remains illegal under federal law.

Supporters of the Colorado legislation say the cash-only nature of the industry limits owners’ access to capital, makes it difficult for the state to track revenue for tax-collecting purposes, and makes the stores targets for criminals.

To get access to key banking services such as credit card transactions and checking accounts, the Federal Reserve would need to grant permission.

Mike Elliott, executive director of the Marijuana Industry Group, a trade association, said the Colorado law does not solve the banking problem because it is unlikely the Fed would sign off the proposal.

“The ultimate solution to banking lies with the United States Congress,” he said. “We continue to urge Congress to address banking … This is no longer an issue about marijuana, but about safety, transparency, and accountability.”

Denver police underscored the safety issue this week when they sent out an alert saying investigators had received credible intelligence about a plot to rob marijuana business couriers in and around the city.

“All marijuana businesses should be alert and aware of their surroundings as they conduct their business,” the alert said.