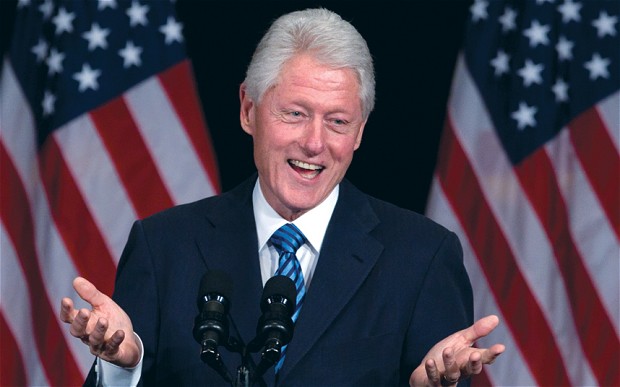 Former President Bill Clinton recently suggested that the federal government should legalize medical marijuana because there was “a lot of evidence” that it helped patients.

During an interview at the Clinton Global Initiative meeting in Colorado, NBC’s David Gregory asked the former president if giving “pot a chance” would help government raise needed revenue.

“Rocky Mountain high?” Clinton quipped. “Look, I think there’s a lot of evidence to argue for the medical marijuana thing.”

“I think there are a lot of unresolved questions, but I think we should leave it to the states, if there really is a time when there should be laboratories of democracy because nobody really knows where this is going,” he added. “Are there adequate quality controls? There’s pot and then there’s pot. What’s in it?”

“There’s all these questions, and I think that I like where it is now. If a state wants to try it, they can. And then they’ll be able to see what happens.”

While campaigning for president in 1992, Clinton had famously said that he “didn’t inhale” when he tried marijuana in college.