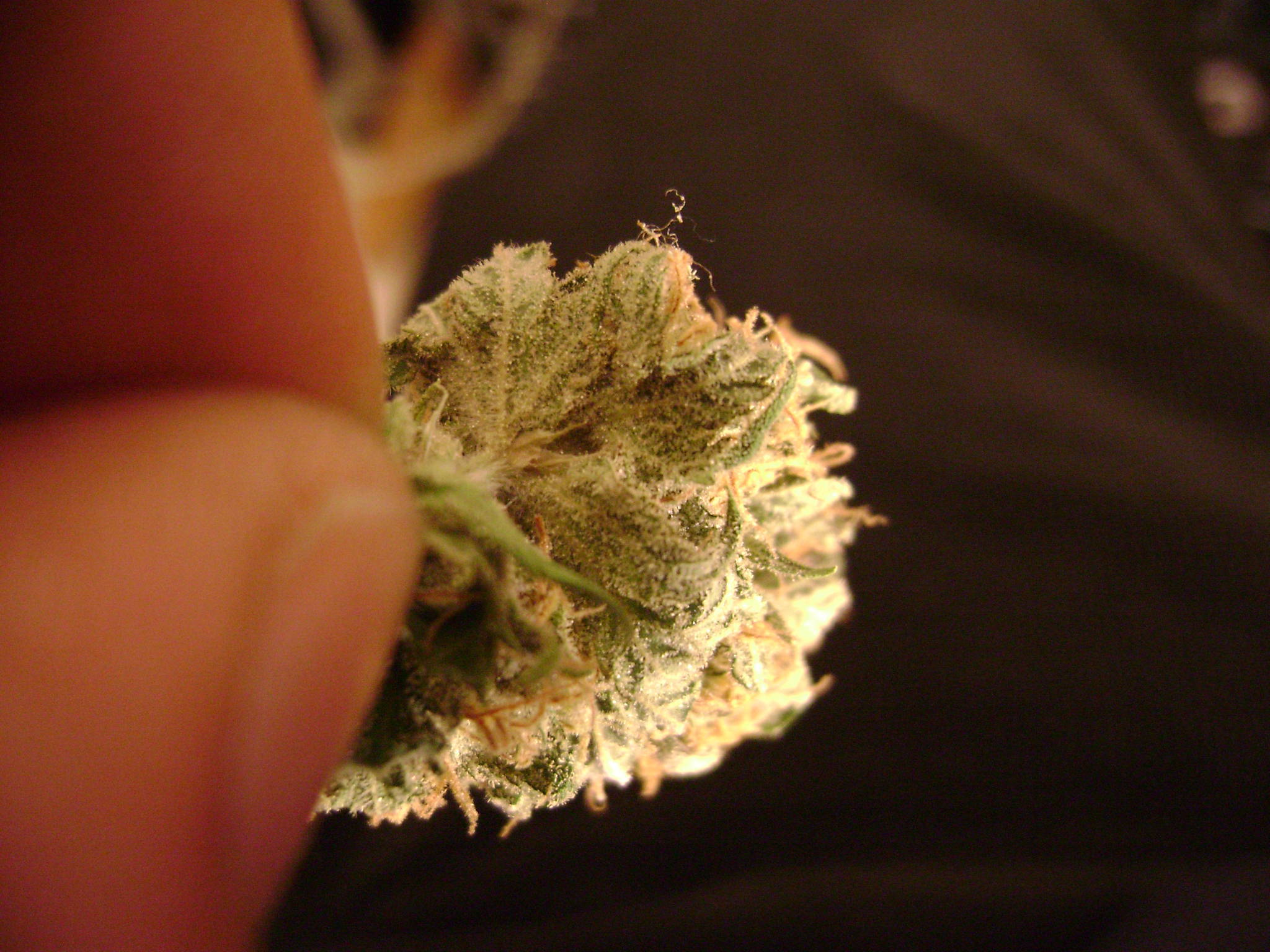 The ‘Weed Fairy’ — whose fliers contain the Twitter name Danksy Appleweed and who says her real name is Yeni Sleidi — is posting signs on Capitol Hill, with a nugget of pot taped to them.

The woman behind the signs says she just wants to give people a gift in these tough times: “I think people are a little worried, because this is something new, and suspicious,” she said. “But it’s real weed and it’s not dangerous. It will get you high.” 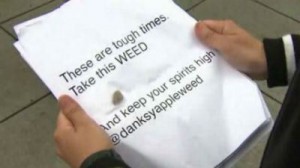 The Weed Fairy is from California and is in town for only a few weeks.

She said she did a similar thing in New York a few months ago, and the positive feedback keeps her going.

On Seattle’s Capitol Hill, it was getting a lot of reaction, both on the street and social media, and regardless of how you feel about marijuana, the fliers are getting a laugh out of people.

The woman behind the unconventional distribution says she just wants to make people smile. From trees to lights posts to utility poles, the Weed Fairy is leaving her mark all over Capitol Hill. “It definitely makes me laugh to be the national Weed Fairy,” Sleidi said.

On Twitter she goes by @Danksyappleweed and the comments and retweets are spreading faster than she can put the fliers up.