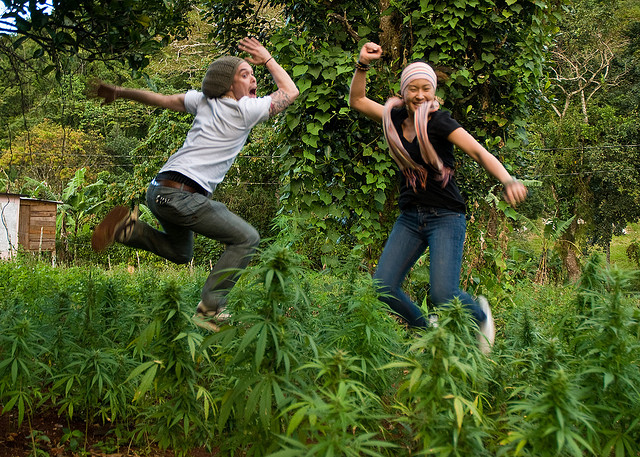 The San Jose City Council’s actions regarding medical cannabis has activated the cannabis voter base for the June 3rd elections. To encourage turnout for several closely contested races, including the mayoral race, collectives are providing discounts and even free weed to encourage their supporters to vote. To help, the Silicon Valley Cannabis Coalition (SVCC) has created a cannabis friendly voter guide at CannaVote.com for the June primary elections.

With an expected low turnout Tuesday, cannabis supporters could have double the impact. Each vote could effectively count as two votes in June compared to the November elections. Activists hope to show local politicians that their supporters can impact elections and that politicians need to take their concerns seriously. 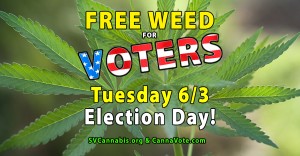 “We have a huge opportunity to make a large impact in who runs San Jose,” said John Lee, Director of the SVCC. “Although we may not have regulations on the June ballot, ensuring the right politicians are elected is even more important.”

Throughout San Jose, cannabis collectives are offering everything from discounts to free medicine to members who come in with an “I Voted” sticker or ballot stub on June 3rd. A complete list of clubs participating in the “Weed for Votes” program will be announced on Monday, June 2nd.

After voting, supporters are asked to attend the San Jose City Council meeting, where medical marijuana regulations will be discussed. A large number of supporters are expected to protest the passage of unreasonable regulations that would create an effective ban on collectives in the city.

“Based on the turnout on May 20th, we could see over a thousand people attend Tuesday’s council meeting,” said Dave Hodges, founder of the All American Cannabis Club and member of the SVCC. “In a show of unity we will be passing out free t-shirts and hope to create a sea of green shirts at city hall.”

The City of San Jose’s regulations would:

The SVCC has asked the city to establish a commission to aid in regulating medical marijuana businesses, but has yet to see any sign of the city doing something reasonable. Since there will be no public hearing at the council meeting, cannabis supporters are asked to weigh in by sending letters and/or emails to the council members or to Mayor Chuck Reed.