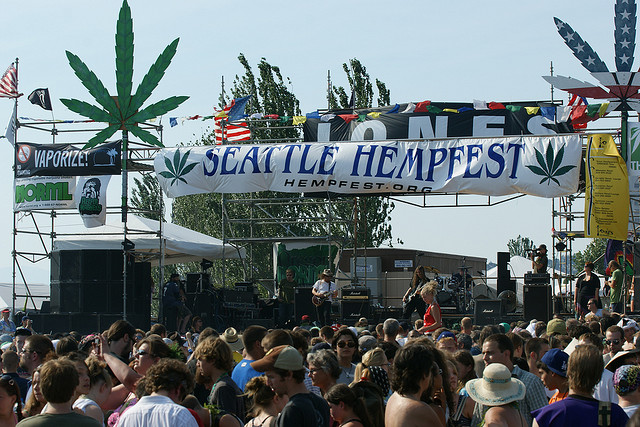 Founded in 1991, Seattle Hempfest is the world’s largest event advocating cannabis law reform. The annual event is held every August in Myrtle Edwards Park on the Seattle waterfront. Admission to the event is free.

Seattle Hempfest stands as a platform to educate the public on the myriad of potential benefits offered by the Cannabis plant, including the medicinal, industrial,  agricultural, economic, environmental, and other benefits or applications. In particular, Seattle Hempfest seeks to advance the cause of Cannabis policy reform through education while advancing the public image of the Cannabis advocate or enthusiast through example.

Efforts are already underway for the 2014 Seattle Hempfest and it’s not too late to get involved. Volunteer! After all, you’d be helping to make history! Those who have paved the way live on in activism. Why not get involved?

For information on vending, sponsoring, volunteering, memberships, or to purchase advertising…