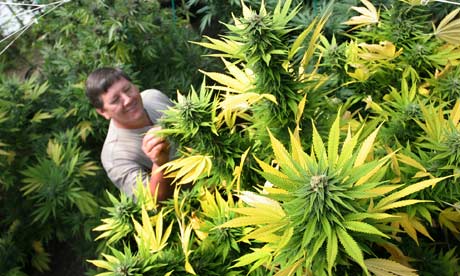 In the best-case scenario for pro-pot campaigners, there could be two initiatives on Oklahoma’s November ballot: One that would allow medical marijuana and another that would comprehensively dismantle current cannabis policies. Local marijuana reform advocates hope their state will live up to its nickname – the Sooner State – by becoming the first U.S. jurisdiction to both legalize cannabis for personal use and allow it to be exported as a cash crop.

If the initiative makes the ballot and wins approval by voters it would legalize possession of 1 ounce of marijuana for personal use by adults 21 and older – or 1.5 ounces for doctor-approved medical use. It would also allow residents to grow six plants at home.

The initiative would also reduce penalties for people possessing more than 1 ounce and for adults aged 18-21 by erasing from the books a state law that makes possession of any amount of marijuana a felony after a person is convicted of a first offense.

Localities would be able to regulate the location of recreational marijuana stores, but unlike Colorado’s legalization law they would not be allowed to block stores altogether. Unlike Washington state’s legalization law, residents will be able to give – but not sell – pot to friends.

In what would be the most groundbreaking part of the package, the initiative would allow commercial farms to export marijuana to states where it’s legal for recreational or medicinal use.

Legalization may seem a tough sell in the socially conservative Bible Belt, but a survey conducted Aug. 28-Sept. 9 by SoonerPoll found 71 percent of residents favor medical marijuana and 57 percent support decriminalizing possession of 1 ounce of marijuana. Respondents weren’t asked if they support legalization, but 82 percent said decisions about legalization should be left to the states.