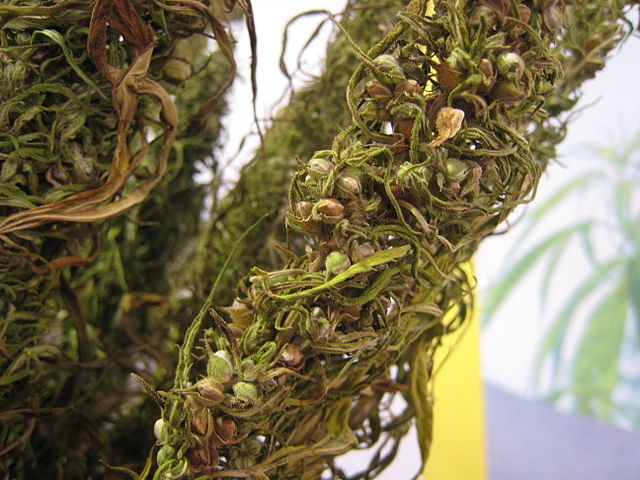 Kentucky’s industrial hemp commission approved regulations setting guidelines for research projects that are meant to reintroduce the crop but are being stalled by a legal fight over distribution of seeds.

Holly Harris VonLuehrte, Agriculture Commissioner James Comer’s chief of staff, said the U.S. Drug Enforcement Administration had approved an import permit for hemp seeds. State officials have been assured they will be able to get a shipment of hemp seed that has been held up.

“I think it’s laying out a process for the rest of the country,” VonLuehrte said. “There will be hopefully no more arbitrary actions.”

Hemp and marijuana are the same species, Cannabis sativa, but hemp has a negligible amount of THC, the psychoactive compound that gives marijuana users a high. Hemp’s comeback was spurred by the new federal farm bill, which allows state agriculture departments to designate hemp pilot projects for research in states that allow hemp growing.

In another step aimed at getting hemp seeds in the ground this spring, Kentucky agriculture officials showed federal drug officials their planned security measures to safeguard the seeds before being they are sent to the fields.

Federal drug officials inspected the state Agriculture Department’s facilities at Frankfort for storing hemp seeds to determine if they are secure enough, she said. The seeds would be stored behind multiple locked doors and in locked containers, she said.

Eight pilot projects are planned in Kentucky, with six universities helping with research. One issue that was still unresolved last week was whether private farmers could participate in the projects.

U.S. Agriculture Secretary Tom Vilsack said Tuesday in Denver that he’s working with the Justice Department to permit the importation of hemp seeds for cultivation. Vilsack said his agency is trying to resolve a conflict between what the farm bill permits and what federal drug laws prohibit.

Spokesman Terry Sebastian said that the governor’s office was working with the Agriculture Department on the proposed regulations. He said the governor planned to sign the regulations, “assuming the final language complies with state law and the federal court’s prospective ruling.”