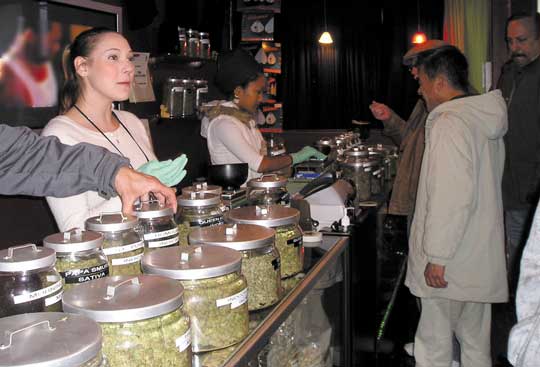 There is an emerging trend in the marijuana industry in Colorado. Whether it’s retail pot shops, manufacturing edible products infused with cannabis or working in testing labs, an influx of women are running these businesses.

“I like to call them the marijuana mavens,” said Brooke Gehring, a former mortgage banker who now owns four pot stores in Colorado.

“It blows my mind, the incredible women I’ve met in this industry,” said Genifer Murray, founder and CEO of CannLabs, a state-certified lab that tests the potency and safety of recreational pot products.

Murray said so many women have come into the industry that even though they often compete against each other, they’re starting a group called Women Grow to mentor the next generation of female cannabis entrepreneurs.

There are no hard figures on how many “Mary Janes” there are in the legal retail marijuana business in Colorado, but at the Cannabis Summit, women made up at least a third of the attendees.

Murray said it’s still a male-dominated industry, but women can make inroads if they have the stomach for it. “To be in this industry, you have to be bulletproof,” she said. “You have to be steel.”