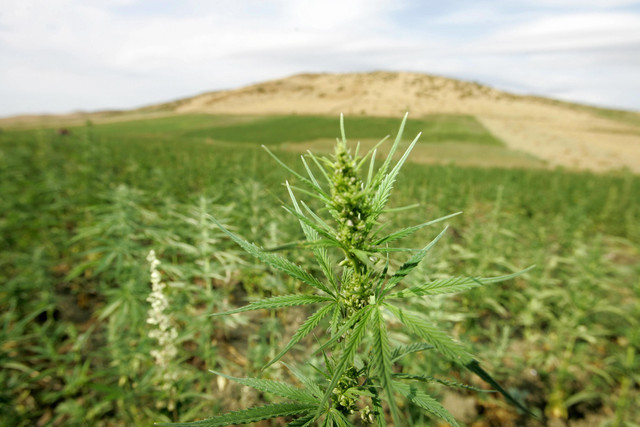 The United States Bureau of Reclamation delivers water to around 1.2 million acres of irrigated land west of the Mississippi, but certain customers in the states Washington and Colorado are now being told to find a new source.

A spokesperson for the bureau said that that districts that rely on the government project for water are restricted from supplying that source to marijuana growers, even in jurisdictions where state law allows for weed to be lawfully harvested.

Farmers in Colorado and Washington recently became the first in the country to be allowed to harvest small amounts of marijuana due to recently enacted state law. Federal legislation, however, still considers weed to be a Schedule 1 narcotic on par with heroin and other opiates.

Dan Dubray of the US Bureau of Reclamation emailed a statement to reporters reiterating agency policy with regards to how the US Department of the Interior-controlled water supply can be used.

“As a federal agency, reclamation is obligated to adhere to federal law in the conduct of its responsibilities to the American people,” Dubray said, according to the North Colorado Business Report.

“Reclamation will operate its facilities and administer its water-related contracts in a manner that is consistent with the Controlled Substances Act of 1970, as amended. This includes locations where state law has decriminalized or authorized the cultivation of marijuana. Reclamation will refer any inconsistent uses of federal resources of which it becomes aware to the Department of Justice and coordinate with the proper enforcement authorities,” he added in a statement cited by NBC News.

Formed in 1902, the bureau maintains the dams, power plants and canals that help irrigate water across 17 states, including Texas and California as well as Oregon and Washington.