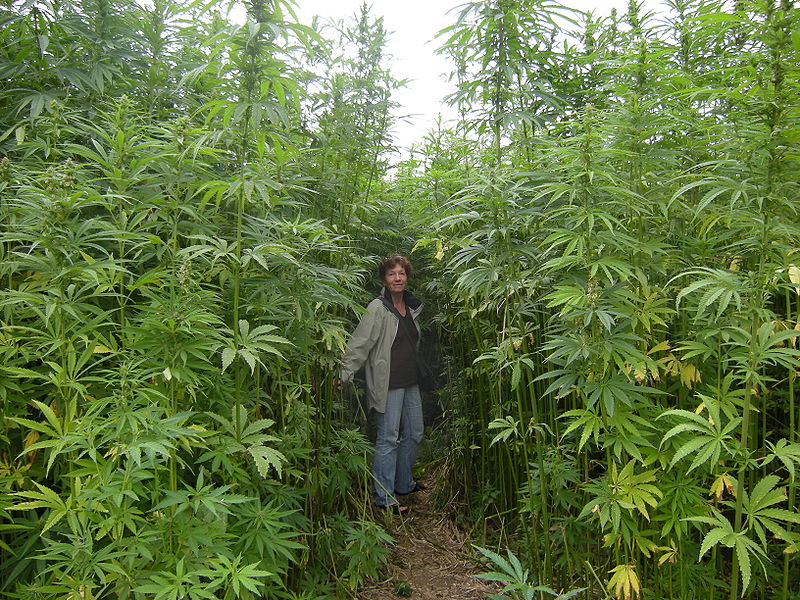 Proponents of industrial hemp say it’s one of the most misunderstood plants in the world. It’s related to its far more controversial cousin, marijuana, but lacks the THC that gives marijuana its psychedelic properties. Hemp is grown for its fibers, seeds and oils all over the world, but has been a controlled substance in the U.S. for decades.

But in a historic move, the 2014 farm bill allowed hemp cultivation in areas where state laws have legalized the crop.

Kentucky, California and Colorado are among states that have welcomed its return. Currently 12 states have legislation on the books that would allow cultivation of hemp as laid out in the recent Farm Bill.

In Colorado, where voters approved both recreational marijuana and industrial hemp in 2012, state rules are now guiding farmers interested in planting hemp. More than four dozen growers have been approved to grow the plant, and have applied for the right to grow some 1,600 acres of this year.

One of those growers, Jim Denny, is putting in just under an acre. On a windy morning at his home in Brighton, Colorado, a small town just outside Denver, Denny showed off his backyard garden, soon to be tilled for hemp planting: “It’s the new frontier,” Denny said. “It’s kind of the Wild West.”

Hemp proponents hail it as a super crop, one that can make U.S. farmers lots of money. Hemp seeds, packed with protein, are increasingly showing up in foods – shoppers can pick up processed hemp seeds at their local Kroger or Costco or Whole Foods. The plant’s fibers can be turned into everything from clothing to rope to car interiors.