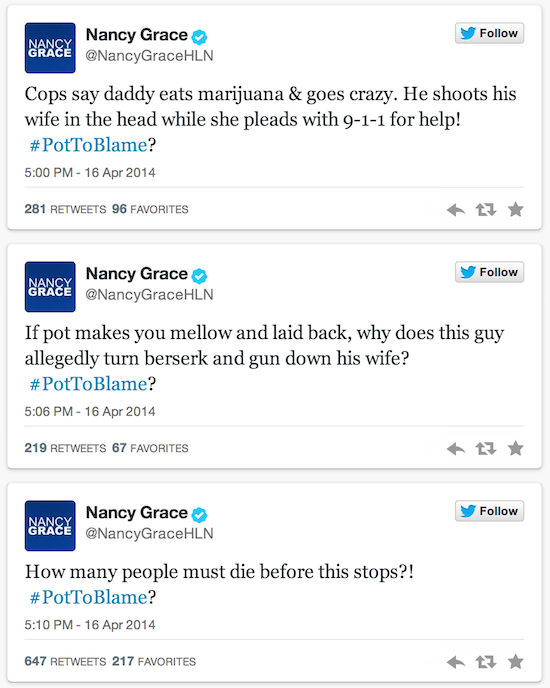 It all started when Nancy Grace tweeted the following rant about a Colorado man, who allegedly shot and killed his wife during a 911 call after he had ingested marijuana: 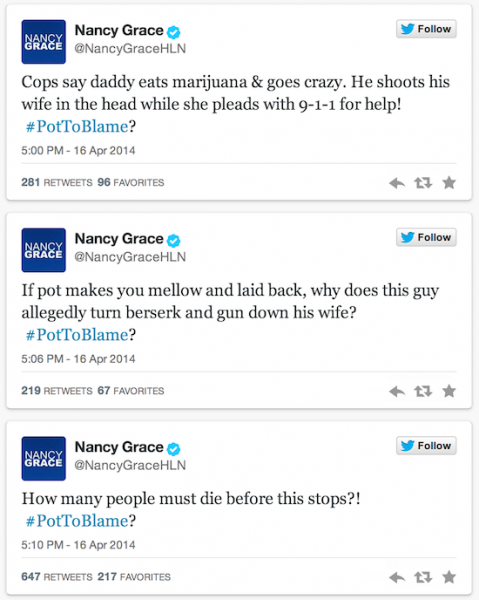 “Pineapple Express” actor, Seth Rogen, who has made it no secret that he loves to smoke weed,  felt a need to step in: