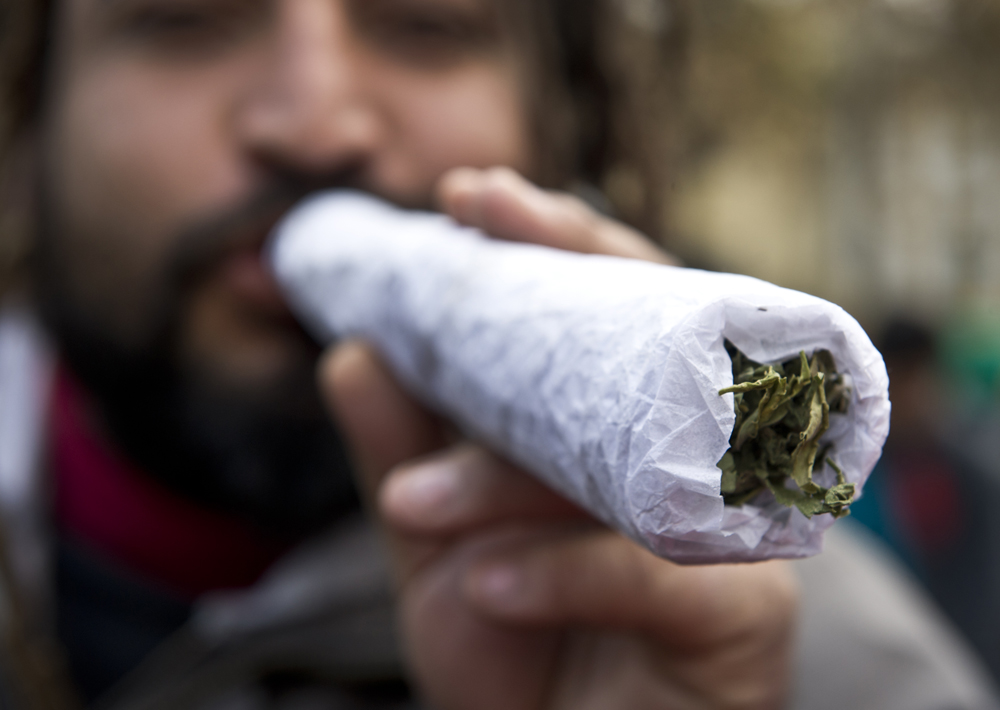 Nearly 150 demonstrators bashed New Jersey Governor, Chris Christie, in a spirited protest outside the front door of the Statehouse in Trenton.

The 4/20 demonstration was a protest against Christie’s opposition to decriminalization and legalization of marijuana, and included remarks from Makeda Marley, the youngest daughter of reggae legend Bob Marley and Jawara McIntosh, the youngest son of reggae luminary Peter Tosh.

“It’s time to stop the hypocrisy,” Jawara McIntosh said after singing a few verses of his father’s still popular “Legalize It.”

Advancing a similar political engagement theme, Makeda Marley urged the multi-racial, inter-generational demonstrators to do more to hold governments accountable. “It’s time to fight for our rights,” she said. “Like my father said, “Get Up, Stand Up, For your rights.”

Anti-pot prohibition activist Ed Forchion, better known as NJ Weedman, organized that Sunday 4/20 protest in NJ’s capital city. Typical of 4/20 protests, at 4:20pm Forchion led many of the protestors in a ‘smoke out’ of marijuana,  a short distance from the Statehouse.